A third-generation horseman, she grew up in the Saddlebred industry enjoying success at the National and World Championship levels under the guidance of such greats as Don Stafford, Bill Becker and Lewis Eckard, among others.

Dory grew up known as “Gaye Roseberry” around the show grounds. Her mother, Martina Roseberry, was the founder and first 4 terms president of the American Saddlebred Association of the Carolinas (ASAC) while writing for National Horseman and Saddle & Bridle throughout the 70’s and 80’s.

In 1988, life took a dramatic turn. While on the way to work show horses for a trainer who’d been injured, she stopped at the grocery store. Before leaving the car, a family passed in front of the car with a small child in a wheelchair. From ‘nowhere’ she distinctly heard a voice say “YOU CAN HELP THAT CHILD”. Startled and confused, she thought “how can I help that child?” It made no sense to her at the time, without internet or training and exposure to the world of therapeutic horseback riding she tried to ignore the voice. And this was NOT her plan! From there information began ‘dropping in her lap’. She began volunteering with a physical therapist who was giving therapeutic riding at her home in Monroe—then became certified as a Special Olympics Equestrian Coach. She ordered books and information, began learning and studying, then went to train under the God-mother of therapeutic riding in the U.S., Linda McCowan of the Cheff Center.

Dory feels a ‘good horse is just that – a good horse regardless of breed!” And all horses and horsemen have value. Her grandfather called himself a trainer and a trader, but really he rescued! All breeds, all types. Often buying a whole field of starving or abused horses and bringing them home to rehab. Dory’s favorite morning was when her grandfather would walk into the kitchen for breakfast and exclaim “Let’s see what we got!”. That was the day he felt they were ready to see if or how well they rode, and that was Dory’s job.

Dory’s grandfather was a great horseman, utilizing horse sense and natural horsemanship before it was named. Kind and patient, he could usually train any horse for whatever job that horse was meant for – a talent he passed down to her. Then they would show them and sell them, making room for the next in need of his care.

They had cattle on the farm, so used good ranch horses while breeding and showing Saddlebreds, too. Dory’s formal training is in saddle seat, stock seat and low-level dressage. She enjoys trail riding and continues her rescue work at Victory Farm. Victory Farm is home to mostly rescued horses including Saddlebreds, Morgans, a draft cross, a mini-mule, quarter horses and a Ky Mountain Saddlehorse.

Dory has worked to make therapeutic riding and adaptive horsemanship more inclusive in all breed types. She worked with the UPHA Exceptional Challenge Cup committee to rewrite the guidelines for all levels of competitors. She enjoys trail riding and wants to see more access for those with disabilities and cart/carriage driving. Dory is committed to the success and betterment of the equine industry in all its forms. 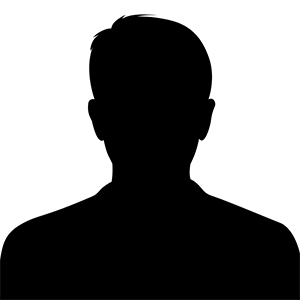