NCHC Board member Casey Armstrong does not remember a time in her life when horses were not a significant factor. She grew up in Enfield, NC with a palomino pleasure horse named Angel. They spent many years together on the show circuit and when Casey went off to Meredith College, it was not an academic decision but the fact that Meredith had an equine program and Angel could also attend. After the two of them graduated from college with a B.A. degree in Sociology, Casey settled into a career as an agent with the State Bureau of Investigation, but still found time to maintain her equine interests. After marriage slowed down her gun-toting years, a fascination with the level of conditioning and grooming of Thoroughbred yearlings at the summer sales at Keeneland led her to seek employment with Three Chimneys Farm in Lexington, Kentucky. This unique experience stretched into five years of commuting between Enfield and Kentucky, working with the yearlings on the farm in the summers and then at the sales.

Casey was a REINS volunteer for quite a few years and especially enjoyed preparing educational presentations for various horse groups. She utilized the equine gastro-intestinal tract on loan from the NCSU Vet School to talk about how the GI tract functions in relation to feeding domestic horses. She and “GI Joe”, as one 4-H club dubbed the specimen, made the rounds of horse camps and 4-H clubs for educational purposes.

A member of the NCHC Board of Directors and Executive Committee for more than twenty years, she believes that the most important thing she can offer the organization is a unique historical perspective. She served as President of the NCHC in 2005 – 2006 and continues to serve on the Executive Committee. Casey recently completed a seven-year term as a member of the North Carolina Board of Agriculture, appointed by the Governor to represent the equine industry and gaining a new appreciation for the role of agriculture in North Carolina.

Employed by Enfield Baptist Church as the office administrator, she also enjoys spending time promoting major Saddlebred shows throughout the state. Her joy is being a “not so quiet” horse show mother as she watches her daughter, Sarah, compete in the show ring. Self -described as an “eternal optimist”, Casey Armstrong looks forward to many more years of serving the North Carolina Horse Council and the equine industry in our state. 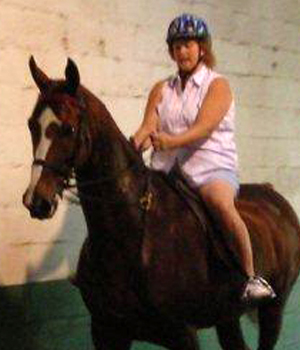 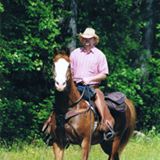