Highlights from March and April:

Negotiations to remove the William Silver Gameland proposed rule to eliminate equine use of the land met an impasse and the rule was pushed forward to the Rules Commission.  Due to this rule being forwarded as written to the NC Rules Commission, we organized letters of opposition to be sent to the Rules Commission.  Only ten letters were necessary to halt the rule till the next legislative session.  Thanks to the support of our membership, we greatly exceeded this number.  The Wildlife Resource Commission asked for a meeting with the NCHC and local riders using the William Silver Gameland.  After this visit, a compromise was reached.  The Wildlife Resource Commission (WRC) agreed to remove the proposed rule to eliminate equine access to this Gameland.  We in turn, would request that a drafted local Bill, assuring equine access to the William Silver Gameland, would not move forward.  The final agreement between the NCHC and the WRC was a guarantee of a series of meetings to address increased equine access to all public land owned or managed by the State.  Discussions with the Wildlife Resource Commission involved reaching an agreement to allow The William Silver Gameland to remain open to equestrian use.  A decision to proceed with a broader equine access to public land bill continues to be discussed as we wait for the right moment to introduce this legislation.

Other legislative issues included:  clarifying the workers compensation legislation to make sure that Equine Farms are included in their definition of Agriculture.  We are also asking to include a second equine representative on the State Trails Committee.

The NCHC and our lobbyist engaged in discussions regarding the final development of a Political Action Committee (PAC).  Of issue was finding safeguards to be in compliance with all issues pertinent for the PAC.  After researching this, we identified the most cost effective consultant firm.

The Mason Point Trail Project is finally coming to completion.  A meeting was scheduled to discuss the final educational pieces in place and to update stakeholders on how to access the trail.  All signage is up, appropriate trail information is posted and a target opening date of June 1st has been set.  This is a long-awaited opening of a new trail around Jordan Lake which included a positive work agreement with the Wildlife Resource Commission.  “Happy Trails” to all the volunteers who have worked hard to make this happen!

A marketing firm was identified for the production of textile products for the NCHC.  TNT Designs provided samples for face masks and shirts.  The facemasks were ordered and received. The masks will be used for marketing purposes and also provided to our NCHC Board Members.

Our social media platforms introduced a new Ride NC page on the website.  Our marketing efforts continue to grow with increased posts and updates to our website.  In addition, we have designed and produced new NCHC Banners which will be distributed to several of our Grantee’s for display.  Any Board member will also be able to get a banner for marketing purposes.

The Coalition of State Horse Councils met twice during March.  The new proposed website has been finalized and cost factors are currently being developed.  In addition, the American Horse Council has proposed a day during their annual June Meeting (virtual) for State Legislative Issues and Coalition issues and concerns.  This agenda is currently under discussion.

The NCHC provided an update on critical equine issues and possible policy development at the winter/spring NC Farm Bureau Equine Committee Meeting.  The discussion included two potential rule changes from the Veterinary Medical Board.  If the rules move forward, the NCHC has taken a position to oppose the rule regarding Artificial Insemination.  The NCHC will consider support of a rule requiring anyone providing Equine Chiropractic Services must be a Veterinarian and hold certification in Animal Chiropractic Medicine.

The Meeting ended with a discussion on potential changes due to the Biden Administration and the need for a survey on what issues the Committee feels we need to address.

The Agricultural Alliance held their quarterly meeting with Representative David Rouser providing an update on legislative matters at the National Level.   The NC State College of Veterinary Medicine held two meetings.  The first addressed Equine Theriogenology and shared updates from the Equine Educational Unit.  The second meeting was an update from Dean Lunn on Equine Initiatives at the College.  The Dean was optimistic that during the next legislative long session, the Equine Hospital would be a priority request to the state legislature for funding.

The North Carolina Farm Bureau hosted a meeting to discuss the revamping of the State Agriculture Response Team (SART).  The plan will be to review the past organization and develop a modern plan to address emergency issues across the State.

Educational Workshops made possible by a NCHC Grant 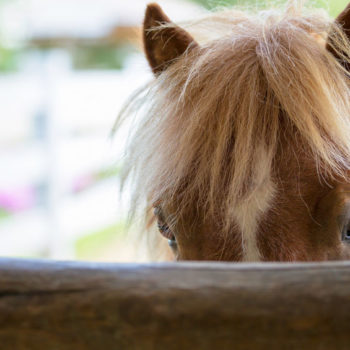 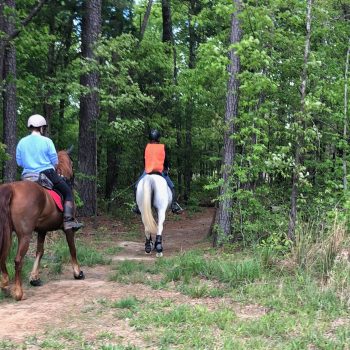