This year is certainly like no other, but there continues to be progress and advocacy for horse trails.

The year started with January public meetings in Oak Ridge with many equestrians present to advocate for a short distance equestrian trail on land recently purchased by the Town of Oak Ridge for recreation.  The area has seen tremendous growth in recent years with many horse farms sold for development and the Easter Horse Show not held recently.  There was enthusiasm from equestrians and offers of financial and in-kind support, and interest expressed from Town officials present and recognition of the Towns equestrian heritage and the Easter Horse Show.  Another opportunity local equestrians need to monitor is the planned 16 mile Piedmont Greenway, which could have equestrian access but needs sustained equestrian involvement in the planning.  Below is a link describing a key land purchase outside of Oak Ridge for the greenway: https://www.piedmontland.org/bandera/

Equestrians were also encouraged to attend public input sessions in January for the Wilderness Gateway Trail.  This trail will connect Chimney Rock State Park to locations in Catawba County as well as the Overmountain Victory State Trail, the Town of Valdese, and South Mountain game lands and state park. When complete, the trail will traverse Rutherford, McDowell, Burke and Catawba counties. Negotiations with private landowners and public land managers is on-going, however, this trail corridor will have great potential for equestrian use.  Equestrians will need to be diligent to advocate for access to this trail, as the planning effort and allowed uses may be different in each municipality, and there could be access from the equestrian trails in South Mountain State Park.

NCHC continues to work with the non-profit Jordan Lake Trails Conservation Association (JLTCA) on the Mason Point horse trail on a portion of gameland near Jordan Lake at the Chatham/Durham County line.  JLTCA started the year strong with final planning for signage, maps and orientation targeted for early June opening.  However, the Covid-19 stay at home and social distance restrictions presented challenges for the volunteer workdays needed to complete.  A large portion of the trail also had several months of active timber harvest which required opening to be delayed.  However, a hardened stream crossing was completed, signage is being mounted, and volunteers have been recruited for bush-hog duty.  The JLTCA is now aiming for opening at the end of the year.

Wake County is in the construction process for equestrian trails at Proctor Farm in the eastern part of Wake County near Lizard Lick.  Permit issues have delayed parts of the planned system, so the decision was made to phase the project which will result in about 5 to 6 miles of trails being opened first.  The contractor has been working on trails as well as the parking area.  The trails might be open before the end of this year, weather-dependent.

Last year NCHC provided feedback during the 30 day public comment period on the rationale for the permanent closure of the Hang Glider trail in Uwharrie National Forest.  This once-popular trail has been “temporarily” closed since 2010.  In July, Terry Savery (District Recreation Staff Officer) and Chris Stewart (interim District Ranger) contacted NCHC about the “Decision Notice” and “Finding of No Significant Impact” for the Hang Glider Trail (719) Vista Segment Closure.  Basically, Hang Glider trail will be closed permanently because it is a significant archaeological site.  NCHC and BCHU commented about limiting the trail corridor and covering the surface to protect artifacts and still allowing riders.  The comments were considered, but the District Ranger determined it would be nearly impossible to prevent riders from going off the trail, and there were no re-routes that would provide the same vista.  The trail will be “obliterated” so there will be no obvious path.  People can still hike up there but it will be discouraged because there will be no trail.  They are looking for other locations that are not arch sites that would provide a nice vista but haven’t found any (and admitted that was not a priority right now).  NCHC emphasized that riders really liked Hang Glider and how disappointed they will be to not be able ride up there anymore.

What people are probably talking about is the rock from the base material that works it’s way up to the surface over time (or the surface erodes down to, it depends on the location).  The multi-use trails are constructed with a base layer of ABC, which is a quarry industry term for “Aggregate Base Compound” and then topped with a layer of fine granite screenings, typically referred to as “screenings” by rock quarries as it is comprised of the dust from crushing granite which are screened out from the larger pieces of rock.

Screenings were used in the construction of the trail because of their low cost (it is essentially a waste product for the quarry that they usually are not able to sell) and because when freshly applied, they create a very smooth yet solid surface which is great for all users including horses and bicycles.  Screenings are also one of the only natural surface products available in large quantities, there are very few if any alternative choices that are affordable and reliably consistent to obtain.

The drawback to screenings is that they do not stay in place very well.  Screenings are very erosive and will wash out during rain, especially on hills.  Hot dry weather also dries out the moisture in the screenings which turns them to dust which washes out even easier.  During the summer, the screenings dry out and even wind blowing will erode the trail.

As the screenings erode, they expose the ABC base underneath.  ABC will also initially compact into a relatively smooth surface, including the large rock pieces.  *For reference, when describing the “larger” rock, it is the same size rock you would see on a gravel road.  Horse and bicycle traffic, as well as erosion, will loosen the larger size rock and bring it to the surface.

We do our best to keep a layer of screenings on top of the ABC to minimize the about of gravel on the trail.  The biggest difficulty is the sheer size of the trails (13 miles long, 10-18 feet wide) and the fact that the screenings wash off in the rain.  We also have minimal equipment to maintain the trail, just a tractor and a compacting roller.  I have one full time maintenance staff member (out of a total of four for the entire park) who is out working on the trail every day, but each section can take 1-2 weeks to repair.  The repairs also can’t happen when the weather is too hot because the screening can’t be spread as dust, or too cold because the screenings and existing surface get too cold and stiff to work.

The strong working relationship between NCHC and the Back Country Horsemen of NC (BCH-NC) resulted in comments being submitted on important plans and proposed policy changes that affect equestrians.

NCHC and BCH-NC each had active representation in the multi-year Pisgah-Nantahala Forest Plan Revision process.  The plan revision options were open for public this Spring.  Both organizations submitted formal comments.  The exact comments are in the public record, and the comments emphasized the following:

Both NCHC and BCH-NC also submitted comments on proposed legislation that would allow electric bikes (E-bikes) on non-motorized trails on National Park Service and US Fish and Wildlife Service land.  The specific comments are in the public records, and the comments emphasized the following: 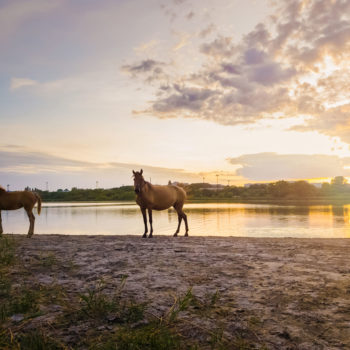