The North Carolina Horse Council (NCHC) would like to provide horse owners across the state updates on new legislation that we promoted during the 2017 General Assembly.  This was a very successful and positive session for all horse owners with the passage of the NC Farm Act of 2017. These measures passed into law thanks to the hard work of our NCHC lobbyist and personnel who worked with many legislators to improve the laws and regulations governing our industry.  A special thanks goes to Senator Brent Jackson who initially sponsored these amendments.  Exerts of the Farm Act are shared below. The full bill can be viewed at:

This bill included three major sections for horse owners including changes related to the impoundment of equines, further clarification of income sources eligible for Present Use Value taxation and clarification of exemptions from the state building code for equine therapeutic riding facilities.

First, the statute was expanded to give boarding facilities and others who are custodians of horses certain rights in the event the horse’s owner is not known or fails to pay the custodian for goods or services provided to the horse.  In summary, North Carolina General Statute §68-17 has been amended to provide that custodians of livestock (including equines) are able to sell, transfer or humanely dispose of livestock abandoned at the custodian’s facility for more than two months without boarding fees being paid PROVIDED that (a) the custodian has given the livestock’s owner advance written notice of the stable’s rights under this statute; AND (b) the custodian has made reasonable attempts to collect any past-due fees during the two-month period.

Second, the statute was expanded to further clarify what income can be used to qualify for Present Use Value taxation.  Many horse farms were being denied present use value based on not meeting the $1000 required income. Income from boarding and training fees were not acceptable under the current law. The new clarification offers an additional source of eligible income from a grazing fee.  All boarding fees should include an identifiable grazing fee to be eligible under this new clarification.  Exert from full text:

PRESENT-USE VALUE CHANGE SECTION 3.(a) G.S. 105-277.3 reads as rewritten: “§ 105-277.3. Agricultural, horticultural, and forestland – Classifications. (a) Classes Defined. – The following classes of property are designated special classes of property under authority of Section 2(2) of Article V of the North Carolina Constitution and must be appraised, assessed, and taxed as provided in G.S. 105-277.2 through G.S. 105-277.7. (1) Agricultural land. – Individually owned agricultural land consisting of one or more tracts, one of which satisfies the requirements of this subdivision. For agricultural land used as a farm for aquatic species, as defined in G.S. 106-758, the tract must meet the income requirement for agricultural land and must consist of at least five acres in actual production or produce at least 20,000 pounds of aquatic species for commercial sale annually, regardless of acreage. For all other agricultural land, the tract must meet the income requirement for agricultural land and must consist of at least 10 acres that are in actual production. Land in actual production includes land under improvements used in the commercial production or growing of crops, plants, or animals. To meet the income requirement, agricultural land must, for the three years preceding January 1 of the year for which the benefit of this section is claimed, have produced an average gross income of at least one thousand dollars ($1,000). Gross income includes income from the sale of the agricultural products produced from the land, grazing fees for livestock, the sale of bees or products derived from beehives other than honey, any payments received under a governmental soil conservation or land retirement program, and the amount paid to the taxpayer during the taxable year pursuant to P.L. 108-357, Title VI, Fair and Equitable Tobacco Reform Act of 2004

The third amendment impacting horses was to define therapeutic equine facilities and to clarify that certain farm buildings related to their facility were indeed exempt from the state building code. Exert from full text:

SECTION 8.(b) G.S. 143-138 reads as rewritten: “§ 143-138. North Carolina State Building Code. … (b4) Exclusion for Certain Farm Buildings. – Building rules do not apply to (i) farm buildings that are located outside the building-rules jurisdiction of any municipality, (ii) farm buildings that are located inside the building-rules jurisdiction of any municipality if the farm buildings are greenhouses,greenhouses or therapeutic equine facilities, (iii) a primitive camp, or (iv) a primitive farm building. For the purposes of this subsection: (1) For the purposes of this subdivision, a “farm building” means any nonresidential building or structure that is used for a bona fide farm purpose as provided in G.S. 153A-340. A “farm building” shall include:……..

(2a) A “therapeutic equine facility” is an equine facility as described in sub-subdivision (1)a. of this subsection operated by an organization exempt from federal income tax under section 501(c)(3) of the Internal Revenue Code that provides therapeutic equine-related activities for persons who are physically, intellectually, or emotionally challenged.

We hope that these new amendments will indeed help many North Carolina Horse owners. These changes were the direct result of input from horse owners across the state and promoted and successfully passed due to the work of the North Carolina Horse Council. The NCHC is your voice and we encourage you to continue to inform us of your important needs related to the laws and regulations of our state.

If you are interested in purchasing a sign with the required notice language on impoundment to post at your facility, you can contact Cheryl Bennett at the NCHC at: cheryl@nchorsecouncil.com. The Council is considering having some compliant signs printed and sold at the NCHC web store where we sell the 99E liability warning signs. 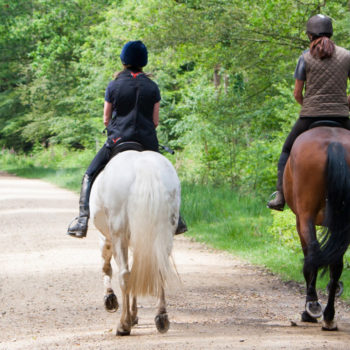 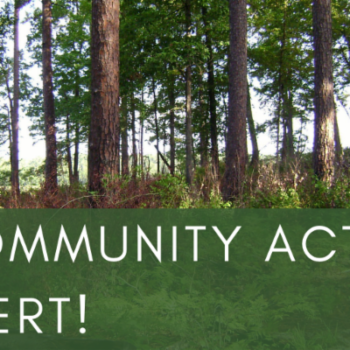