The Coalition of State Horse Councils (CSHC) met twice during February.  The initial meeting of the Executive Committee was to discuss the final production of the new CSHC Website and potential link to a Facebook page.  Each Council will be asked to financially support the website. The new website will allow us to recruit member Councils who may not be a current member of the American Horse Council (AHC).  In addition, we can assist other Councils to become members of the AHC and the CSHC. The Facebook page would allow us to have daily contact with other Councils and provide immediate responses to questions from Councils.

The second meeting of the CSHC was a quarterly meeting involving all members.  Each Council provided a three-minute update on their current issues.  Special guests from the Association of Equine Practitioners, along with the Disease Prevention Center, provided information on current practices and concerns that Equine Veterinarians are facing.  Julie Broadway gave an update on the activities of the AHC including their intent to conduct a new Economic Impact Study.

Legislative and Regulatory issues continued to dominate.  Negotiations to remove the William Silver Gameland proposed rule to eliminate equine use of the land met an impasse and the rule was pushed forward to the Rules Commission.  Due to this rule being forwarded as written to the NC Rules Commission, we organized letters of opposition to be sent to the Rules Commission.  Only ten letters were necessary to halt the rule till the next legislative session.  Thanks to the support of our membership, we greatly exceeded this number.  The Wildlife Resource Commission asked for a meeting with the NCHC and local riders using the William Silver Gameland.  After this visit, a compromise was reached.  The Wildlife Resource Commission (WRC) agreed to remove the proposed rule to eliminate equine access to this Gameland.  We in turn, would request that a drafted local Bill, assuring equine access to the William Silver Gameland, was also pulled.  The final agreement between the NCHC and the WRC was a guarantee of a series of meetings to address increased equine access to all public land owned or managed by the State.

The NC Horse Council was also actively engaged in establishing our Political Action Committee.  Upon recommendations from our lobbyist, we will be looking at forming the PAC utilizing a professional developer.  To be successful, we need all horse men and women to help grow this PAC to assure our “voices” are heard.

The review of a new Development Grant rounded out the month. 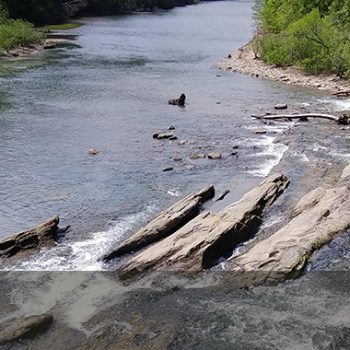